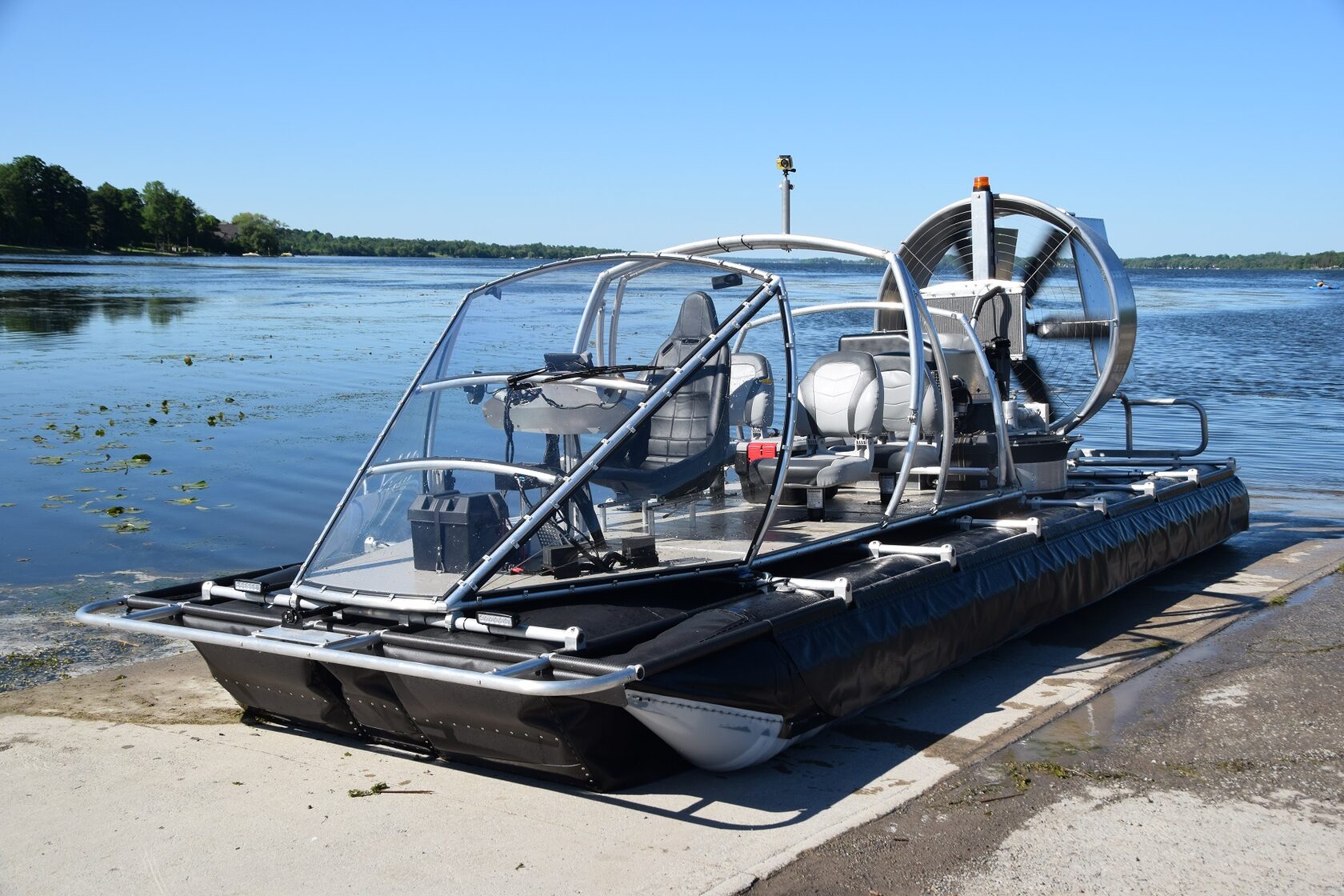 Like a hovercraft, ATASD flies at the height of 1-2 inches over water, mud, ground, snow, ice and other surfaces at the speeds up to 140 km/h. Due to the air discharge between skegs and surface it has a very limited friction resistance moving at low speeds and almost zero resistance at high speeds. ATASD requires 2-3 times less thrust power than airboat of similar size and payload to achieve the same speed. Unprecedented starting dynamics, over hump passing and perfect maneuvering places ATASD far ahead of the nearest competitors.

Statically inflated with the adjustable pressure control side and middle skegs provides an unprecedented stability at all modes of ATASD operation. This feature gives a very easy control and maneuverability of ATASD at any operational speed and payload on board. An air cushion chamber is divided on two separate independent parts by the middle skeg. It prevents ATASD from flipping over the board that happens often with the skirt type hovercrafts and with the flat bottom hull classic airboats. The bottoms of the ATASD inflatable skegs are protected from wear and tear by replaceable shells made of UHMWPE polyethylene with low friction and high abrasion resistance.

3240 kg of 3 inflatable skegs and low located center of gravity provides an ability of ATASD to operate safely in waves up to 2 meters similar to a multihull pontoon boat. In a case of necessity ATASD is capable to take up to 11 people on board easily, lifting them from the water through the low freeboard. The approaching of ATASD to the people and obstacles located in the water is safe and absolutely not dangerous to compare with the similar activity provided by hard hull airboats and hovercrafts.

It was initially developed based on a high performance power-train with the aim to operate in a heavy duty weather environment as a Search & Rescue, First Responders or Military supporting vehicle. ATASD is capable to operate at high wave and strong wind with gusts, in conditions where other airboats or hovercrafts are useless. 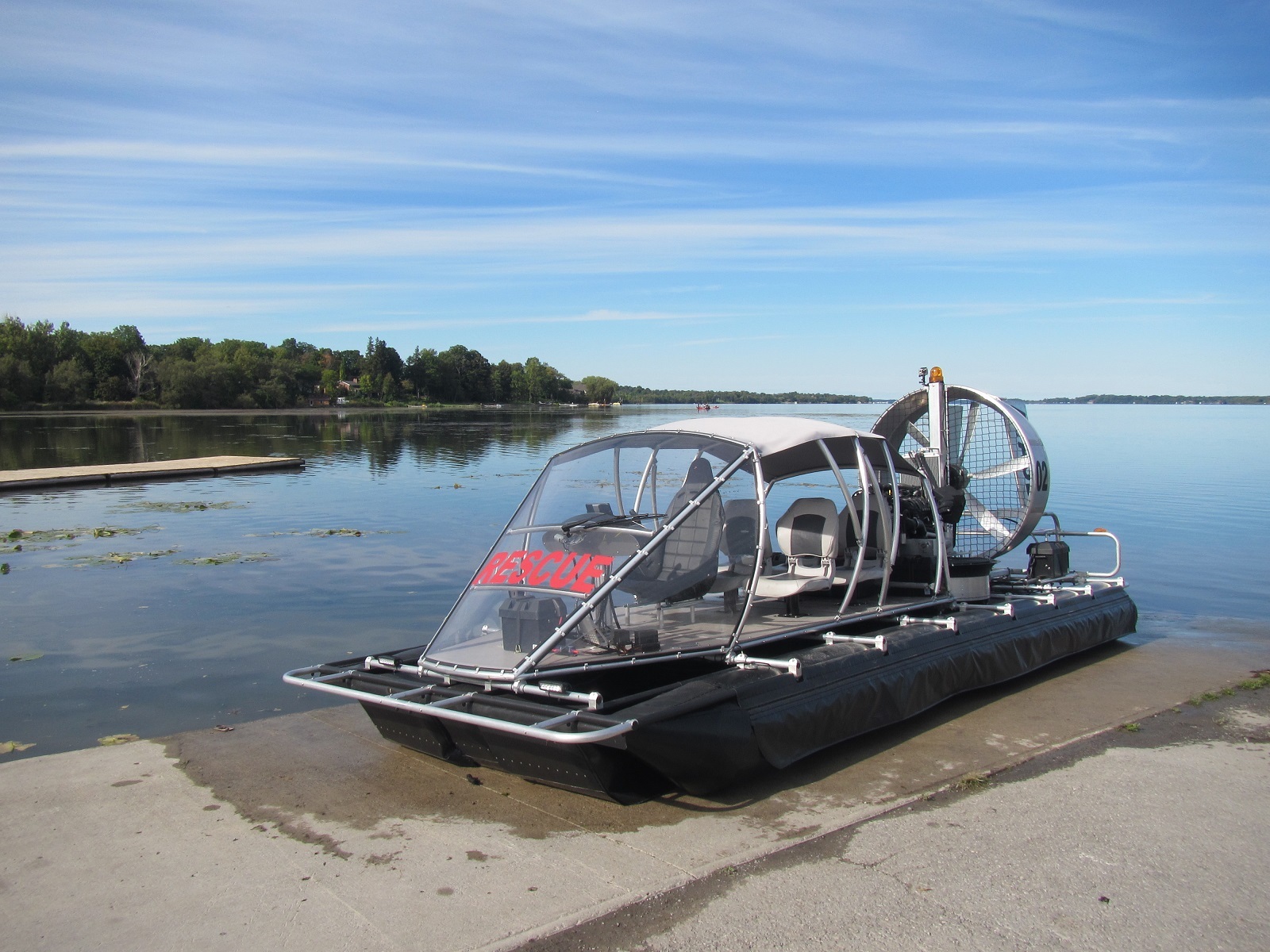 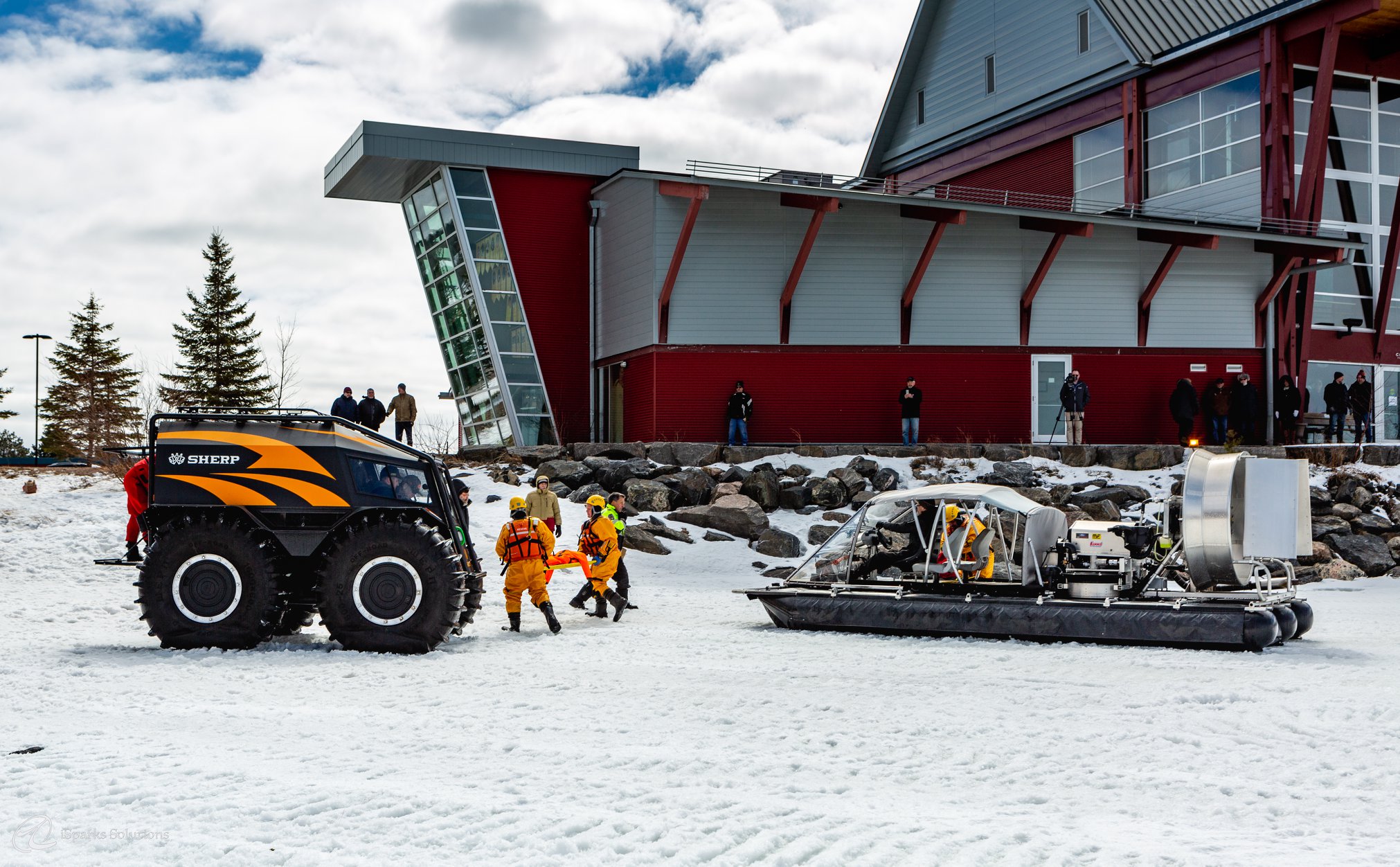 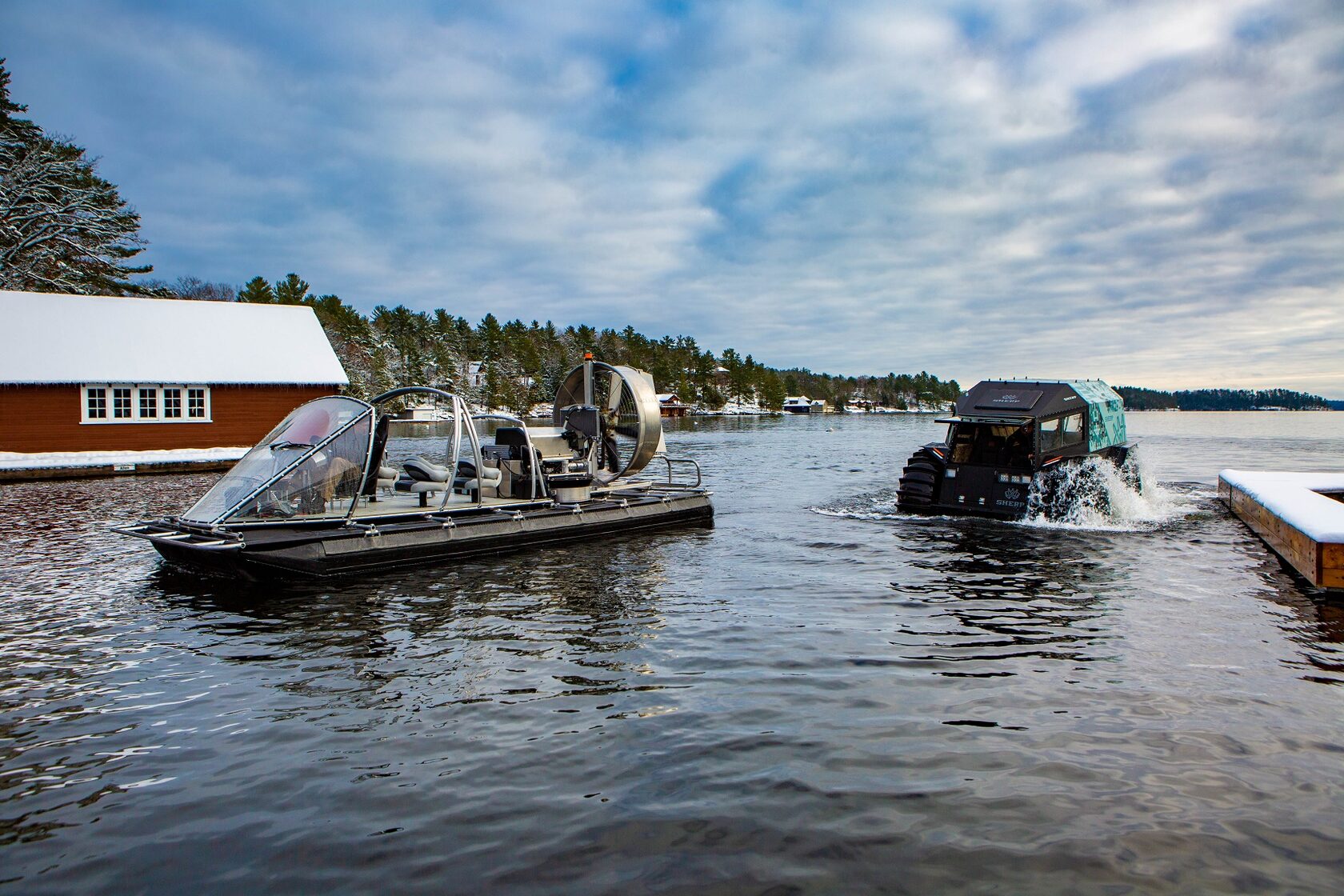 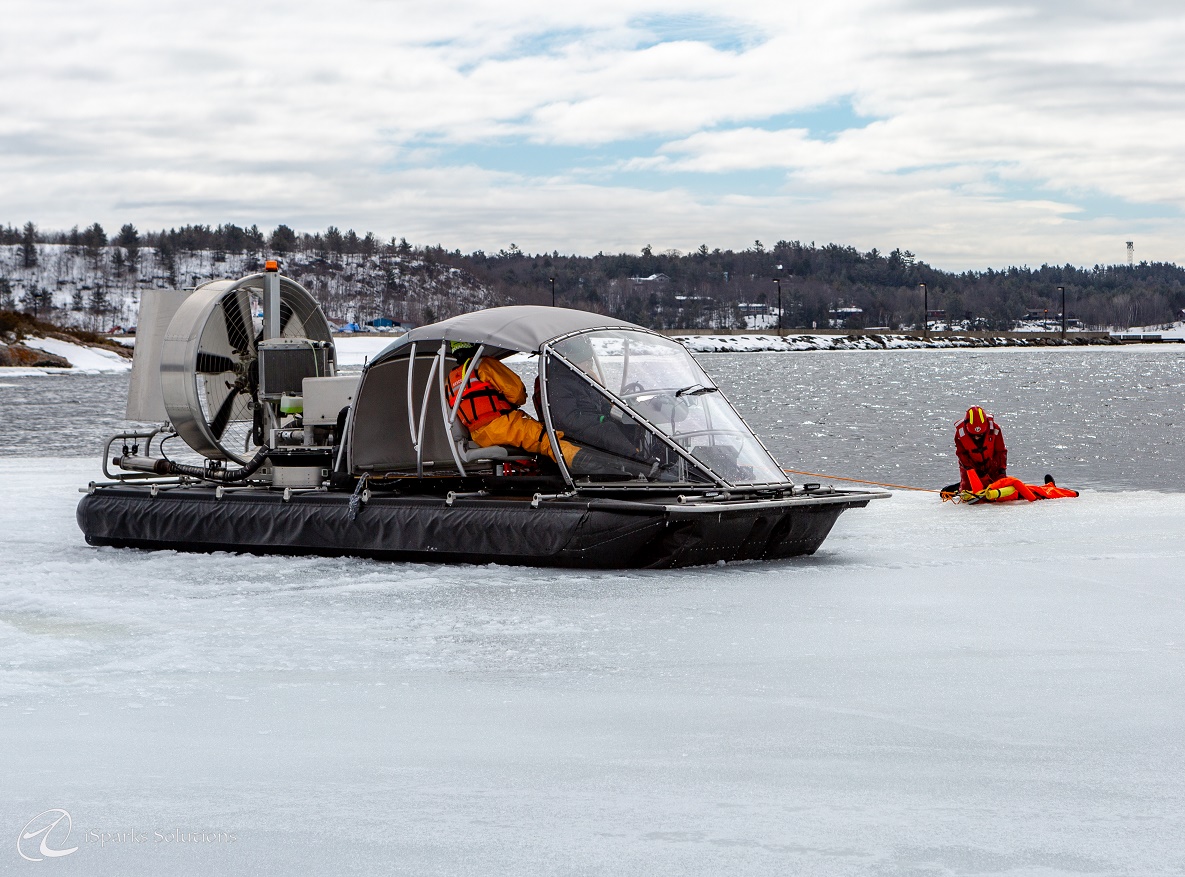 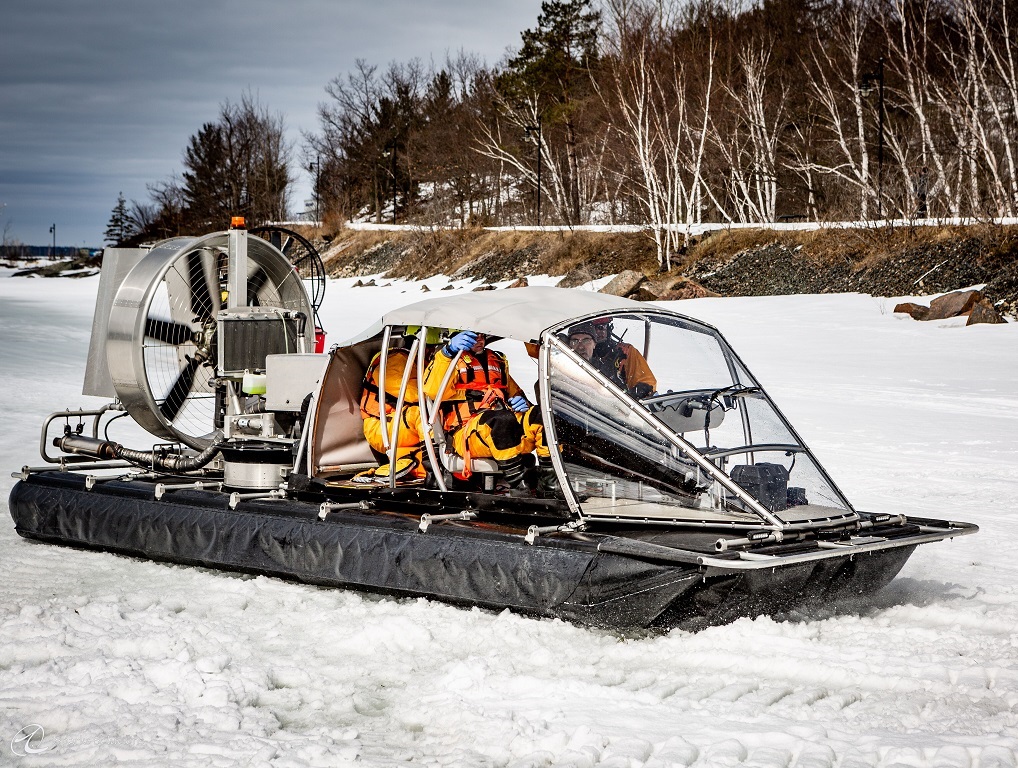 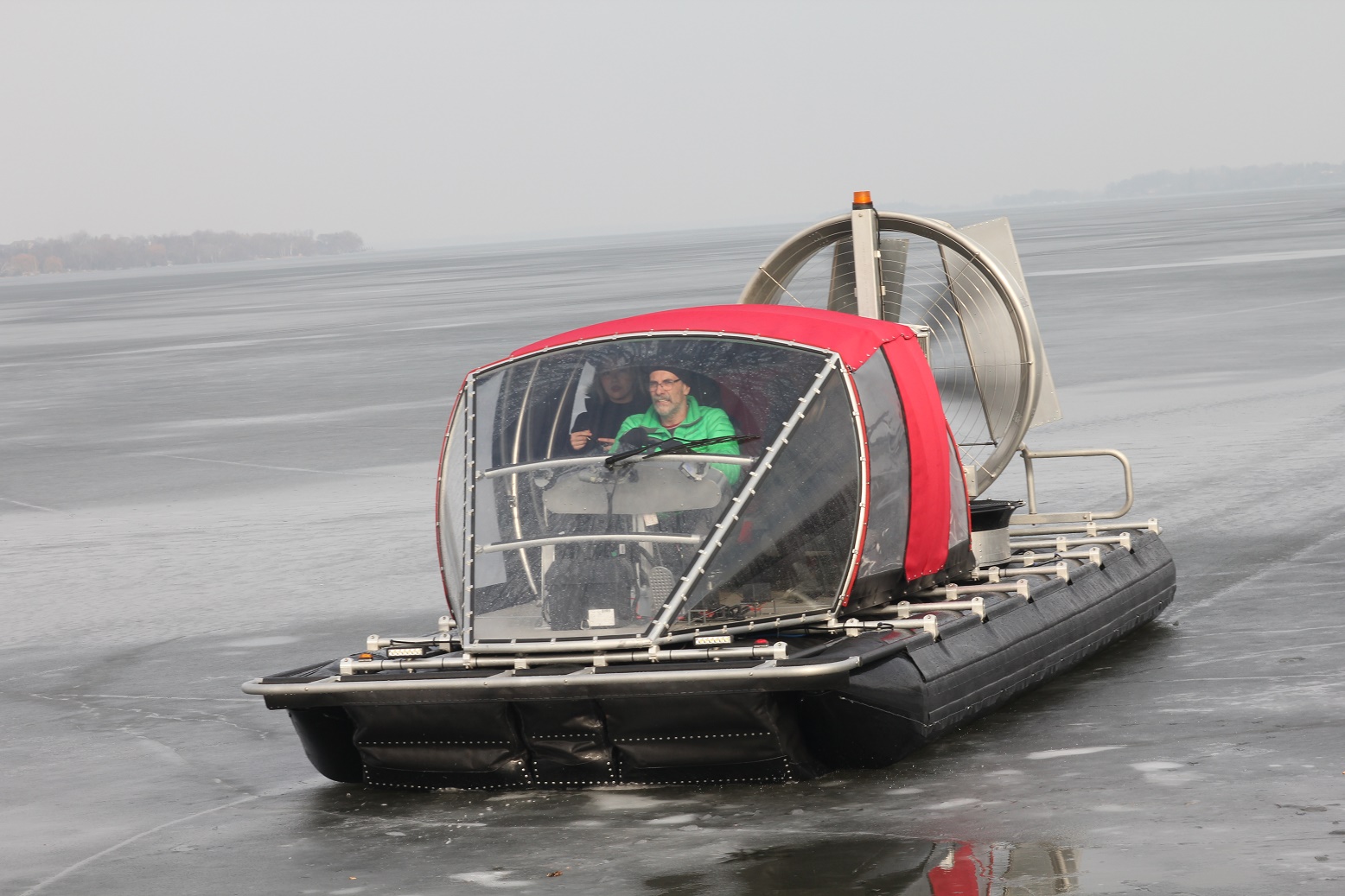 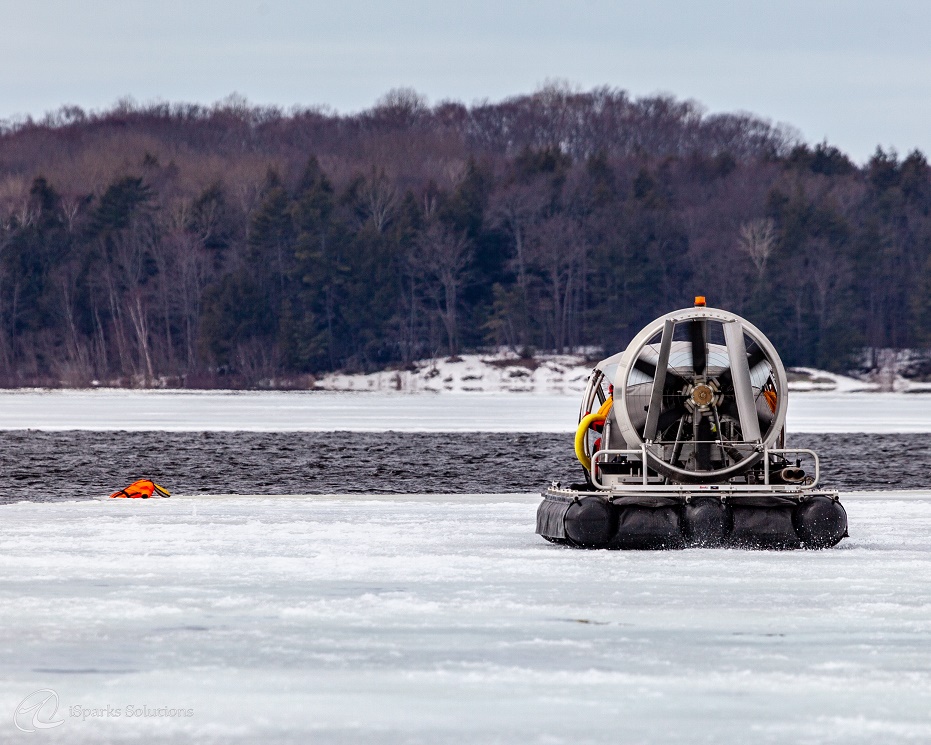 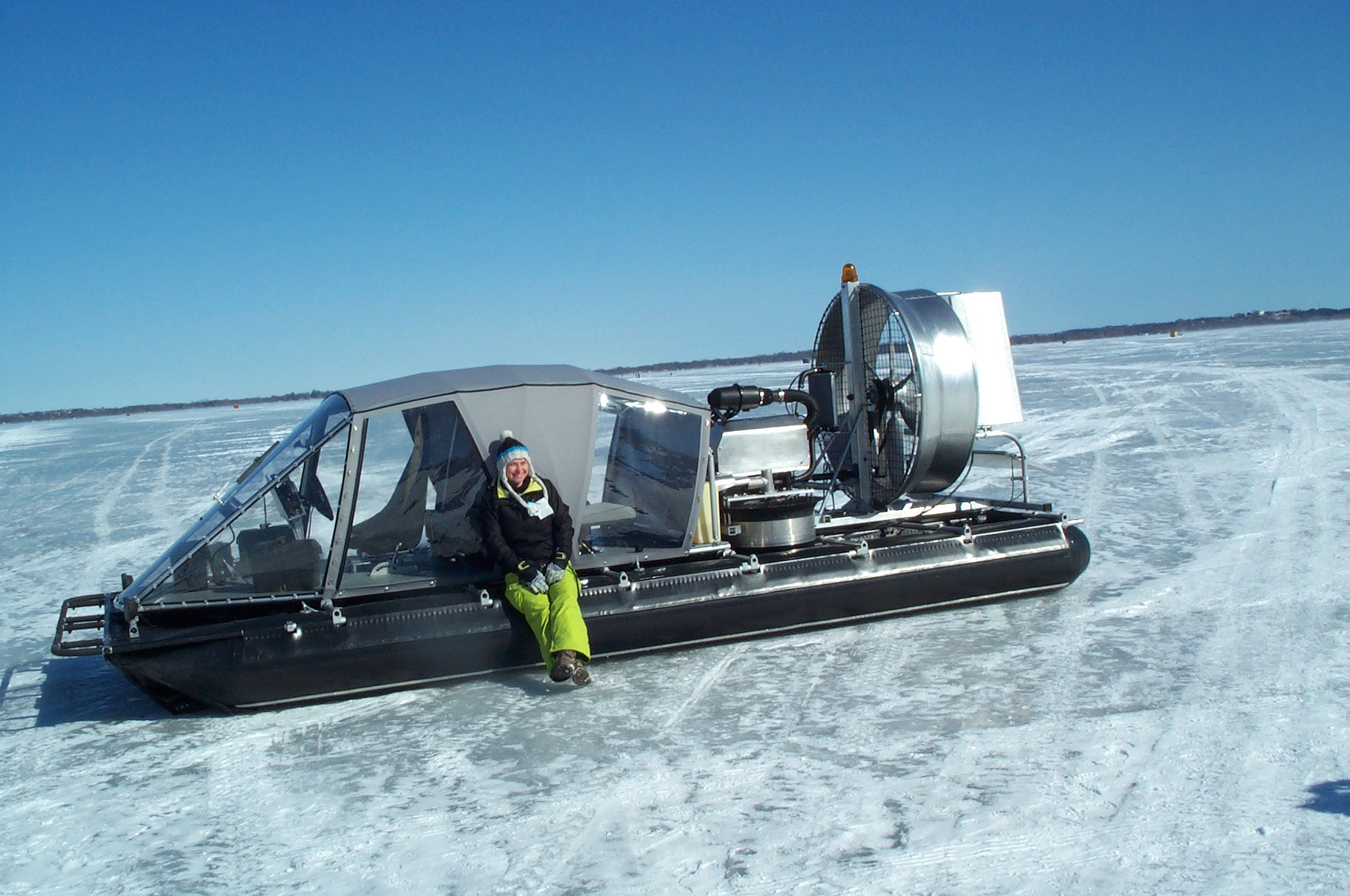 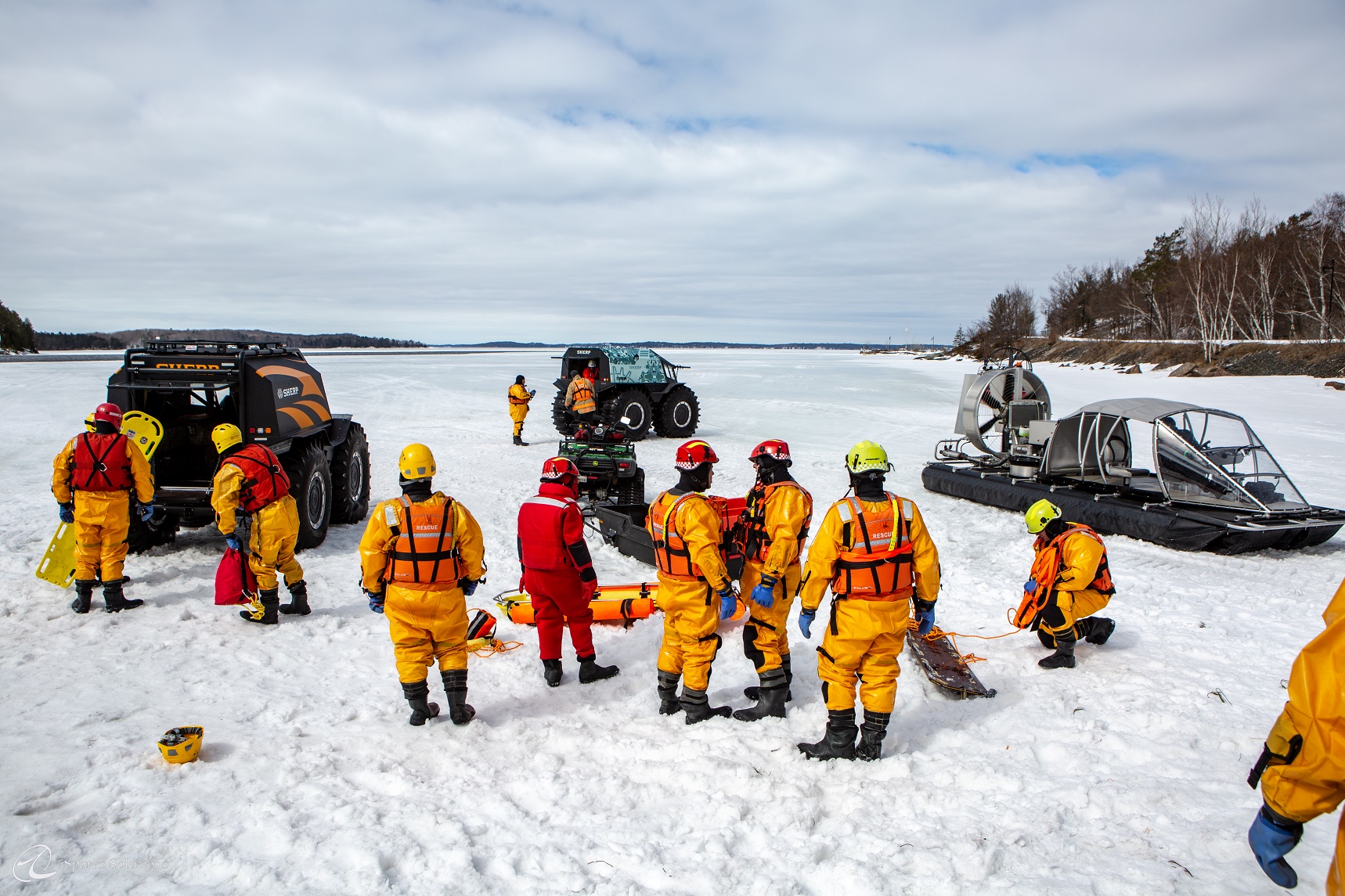 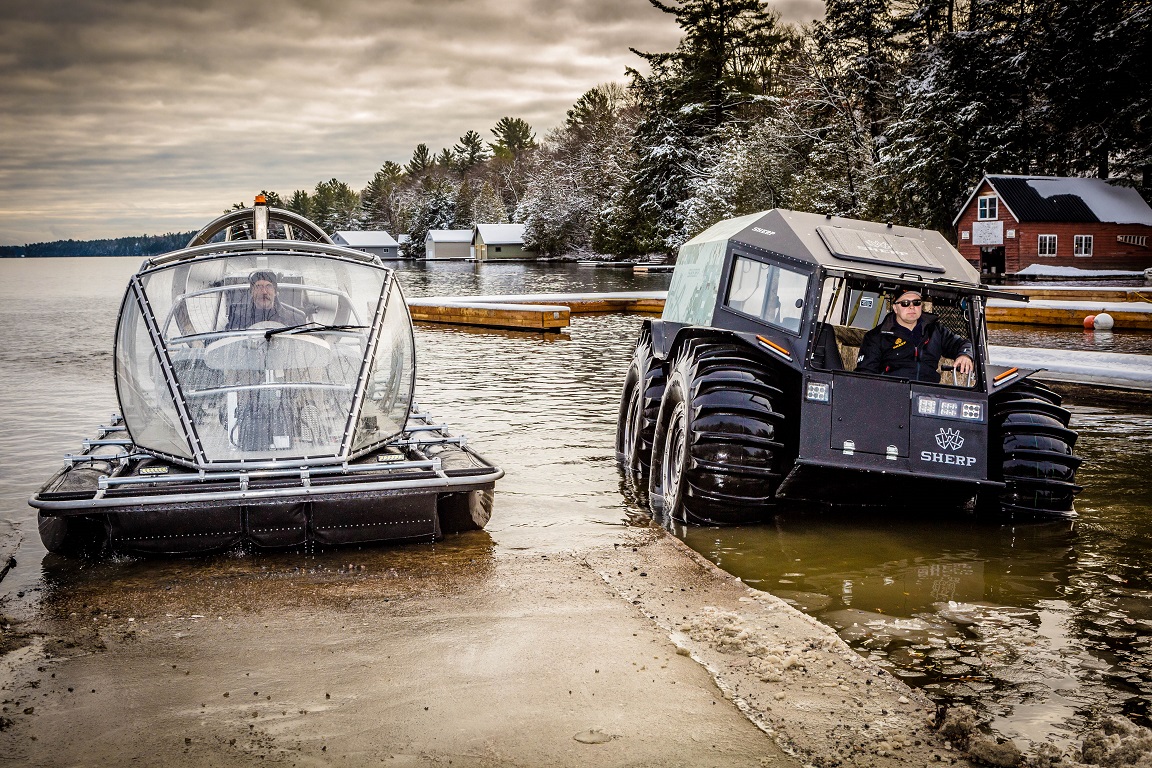 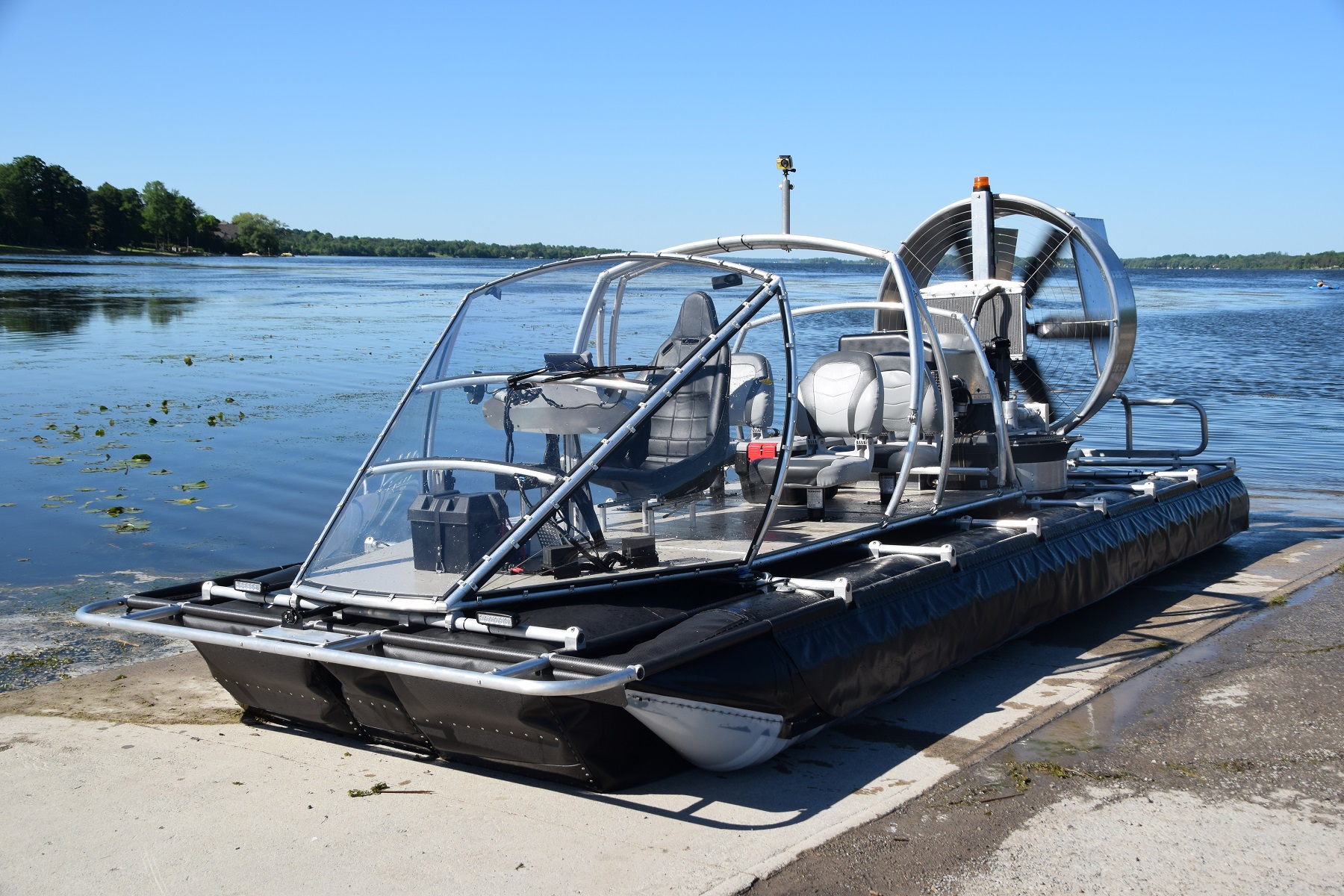 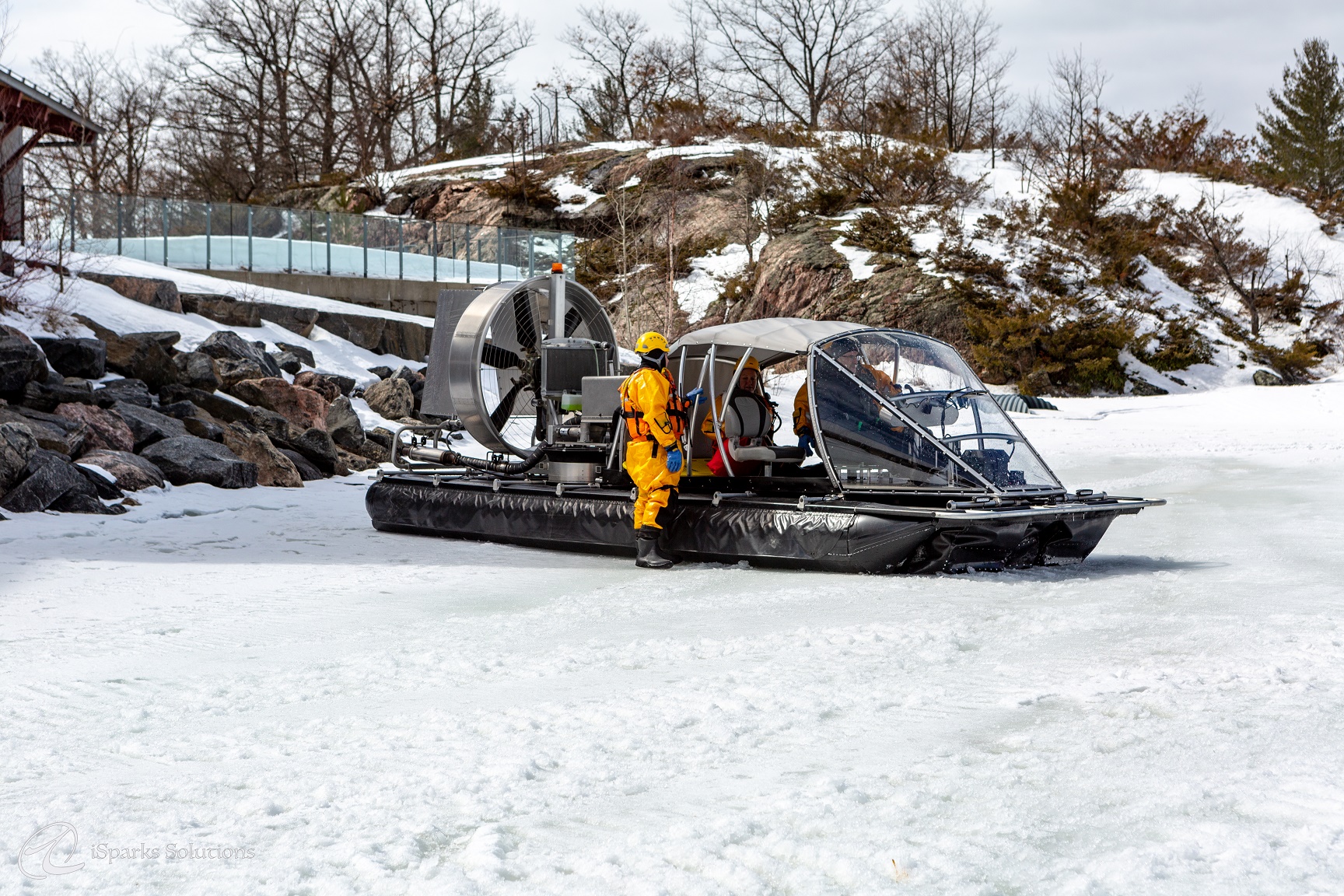 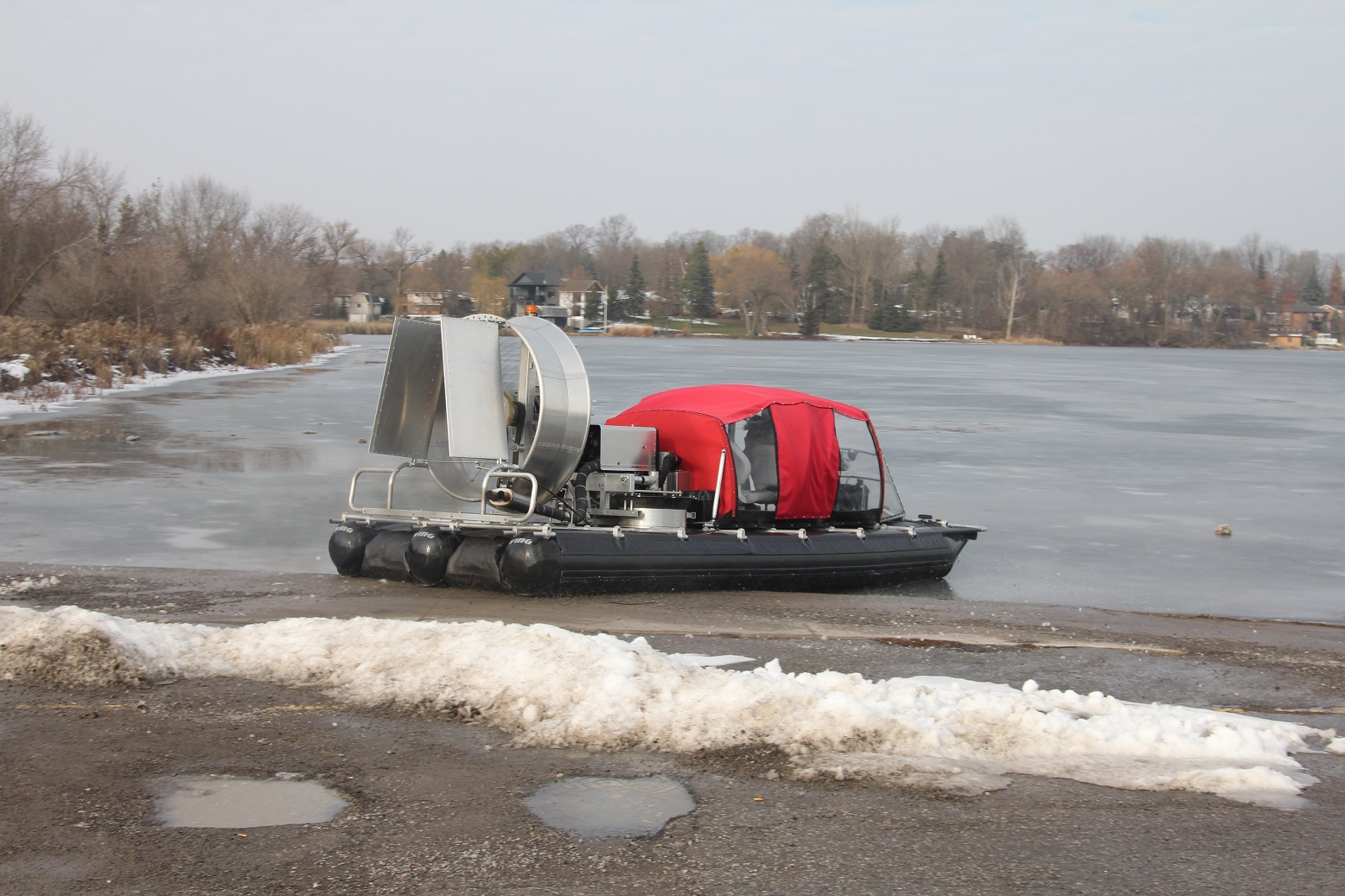 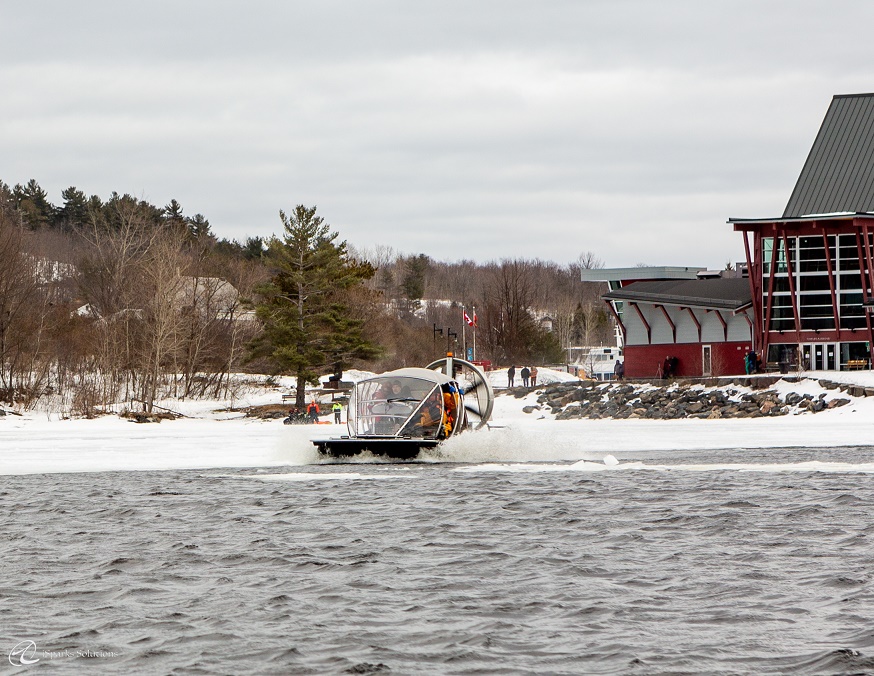 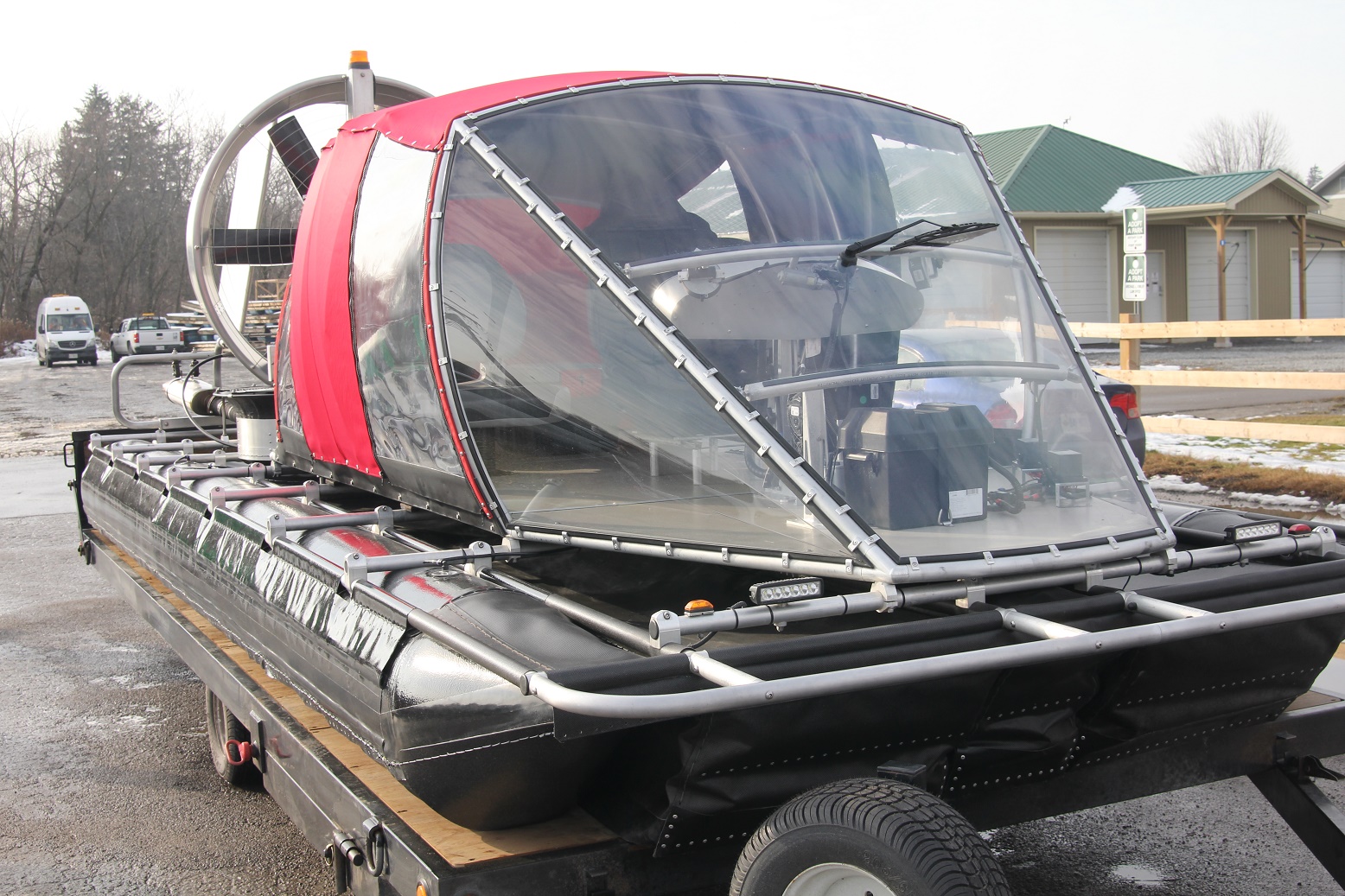 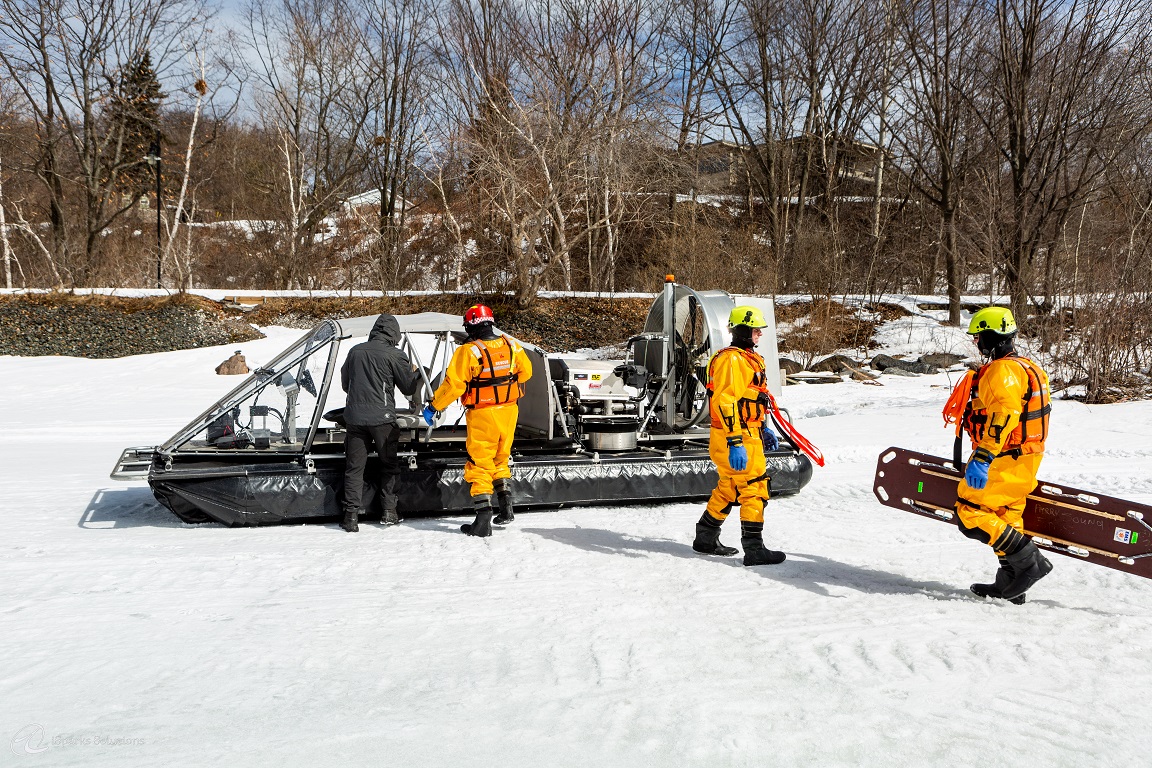 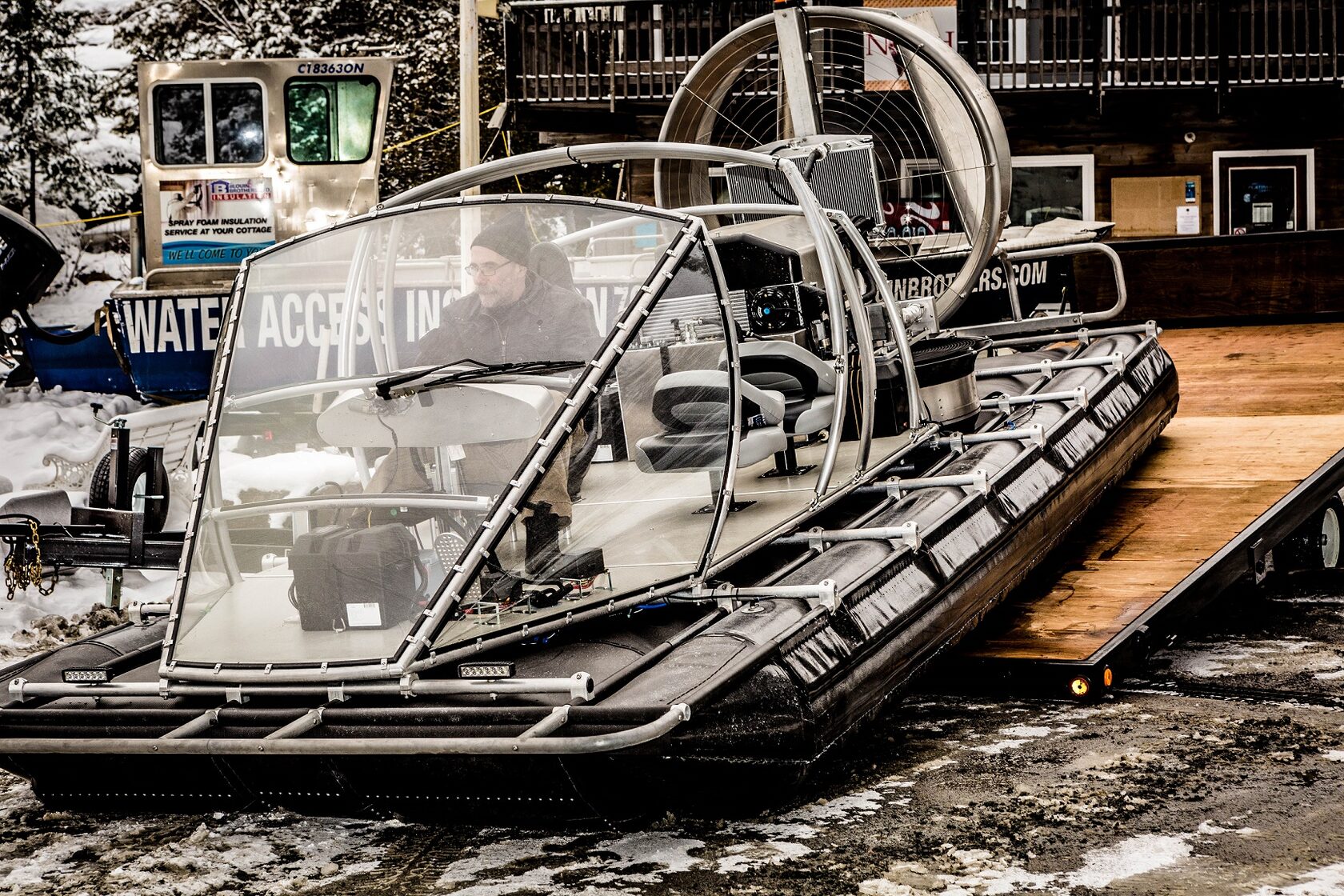 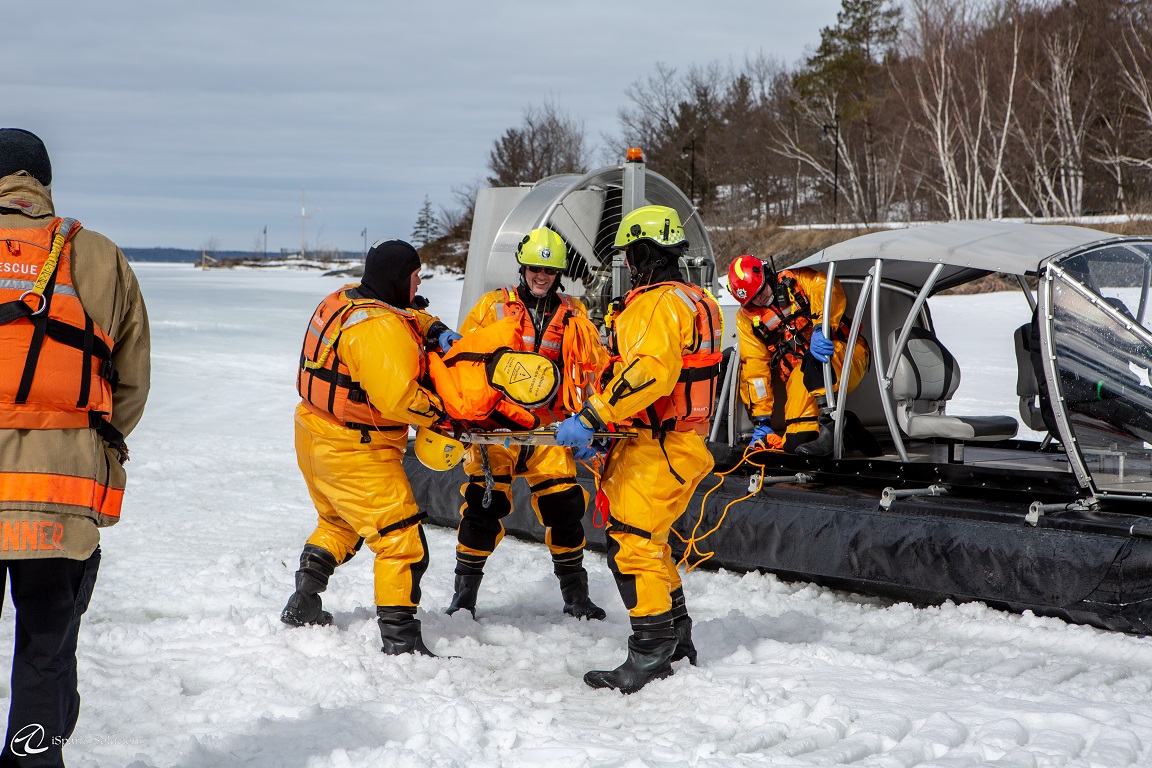 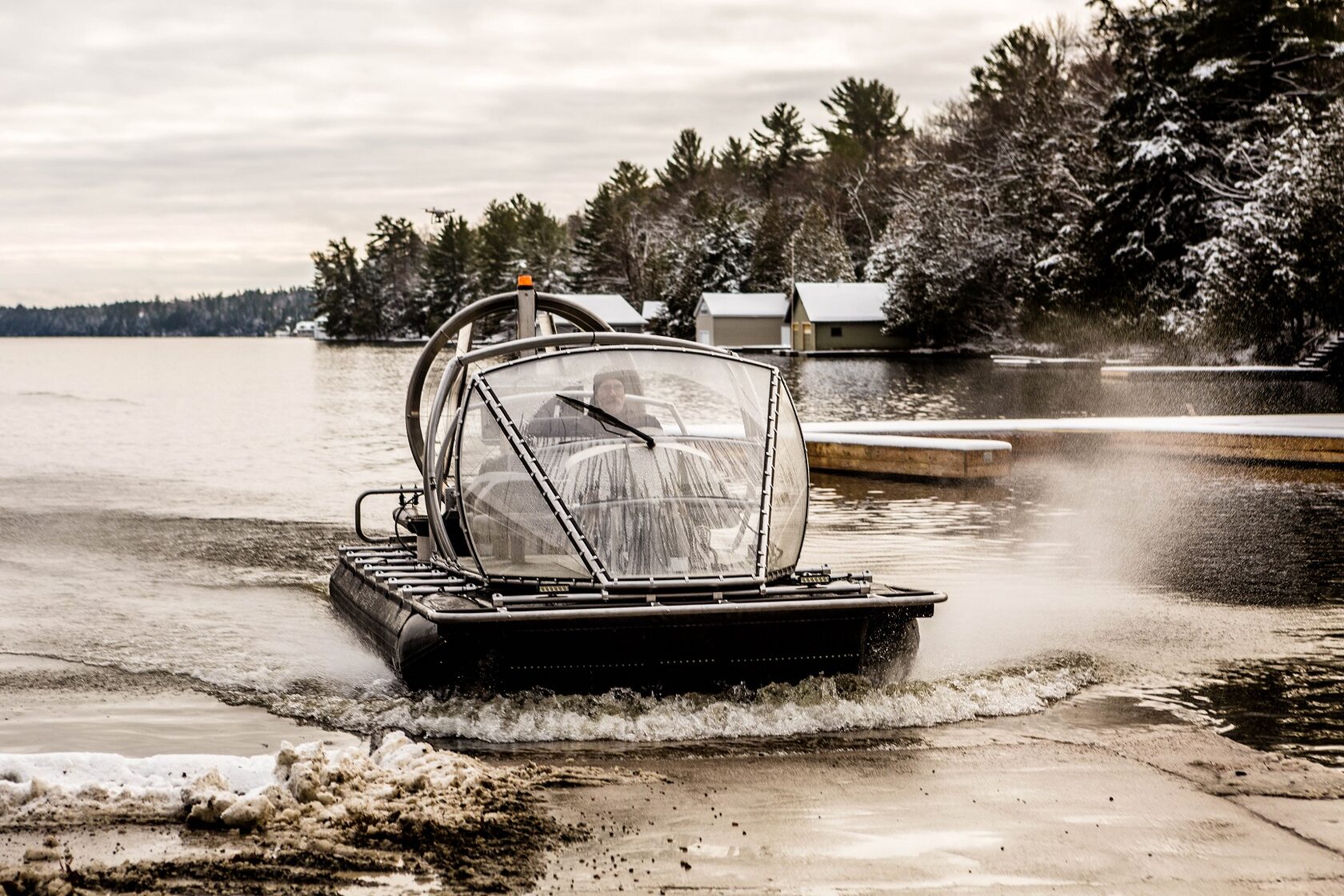 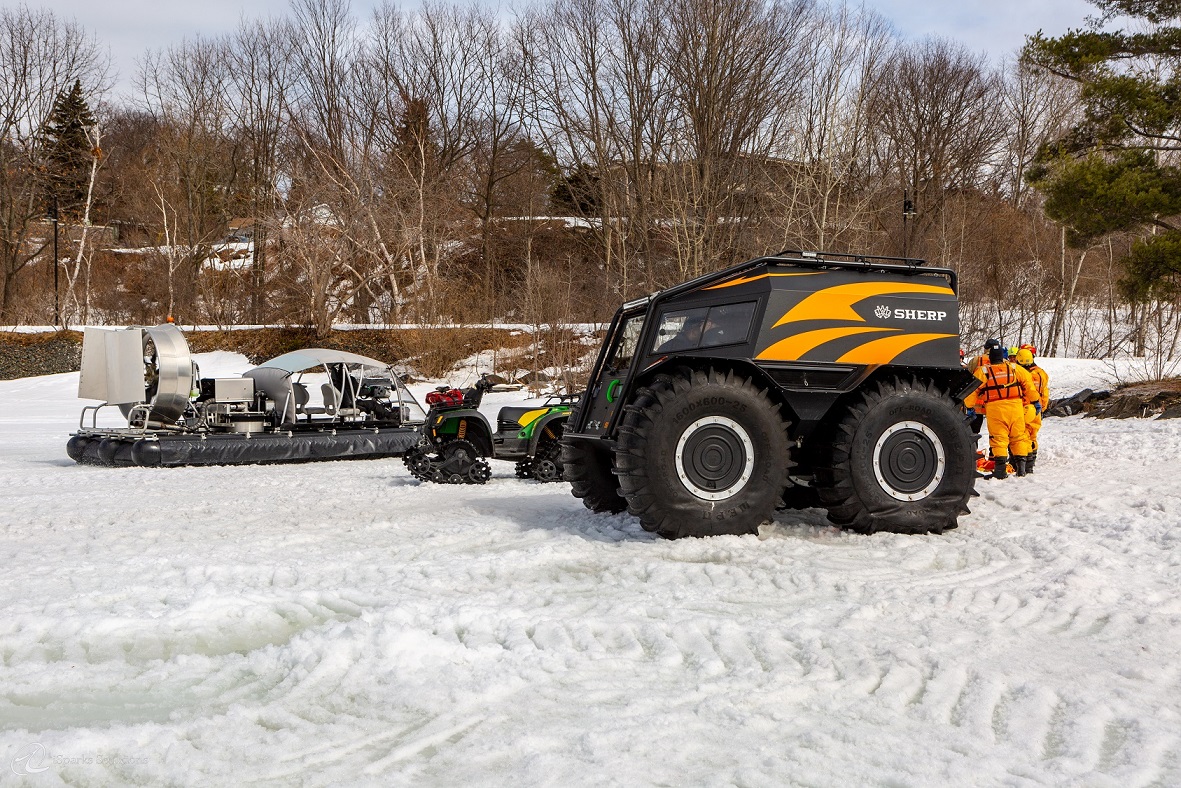 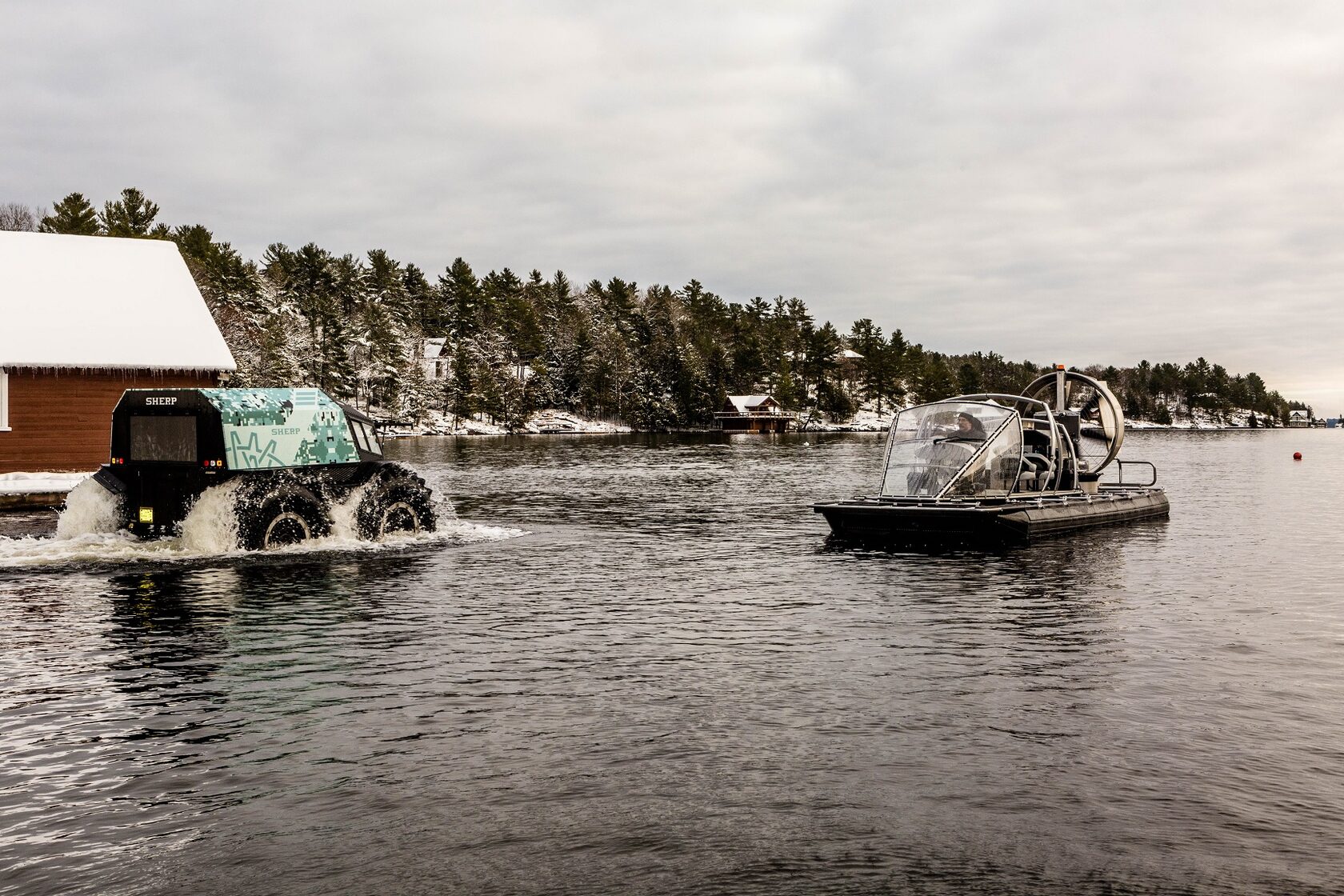 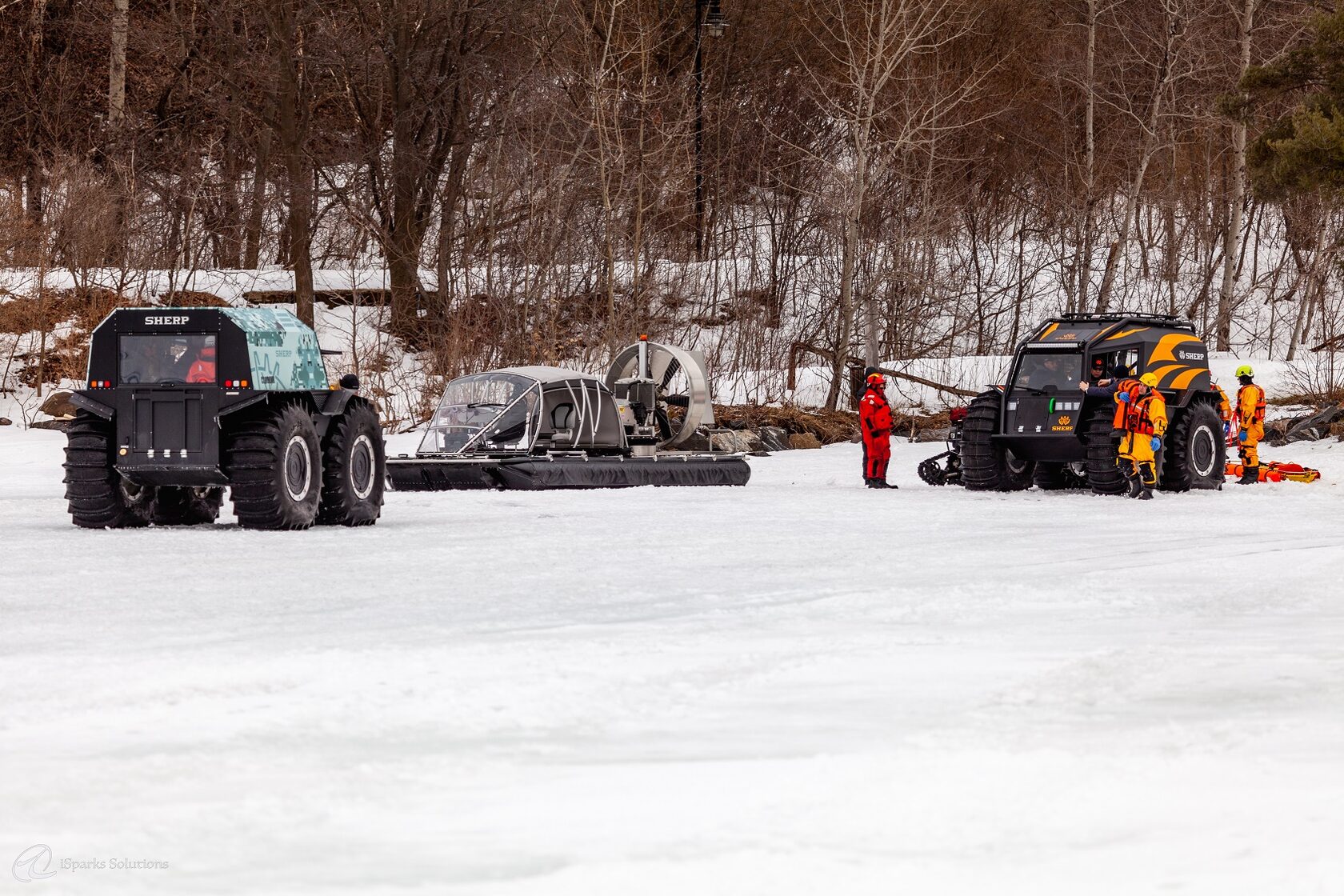 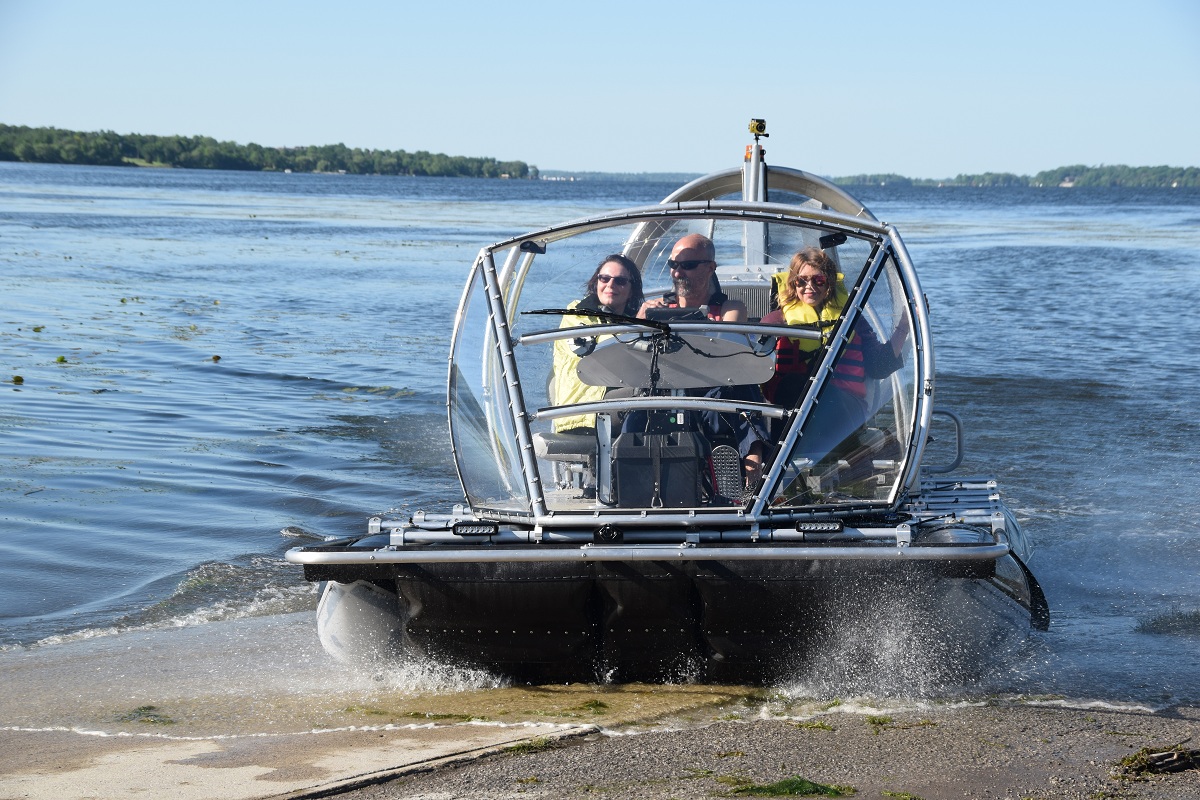 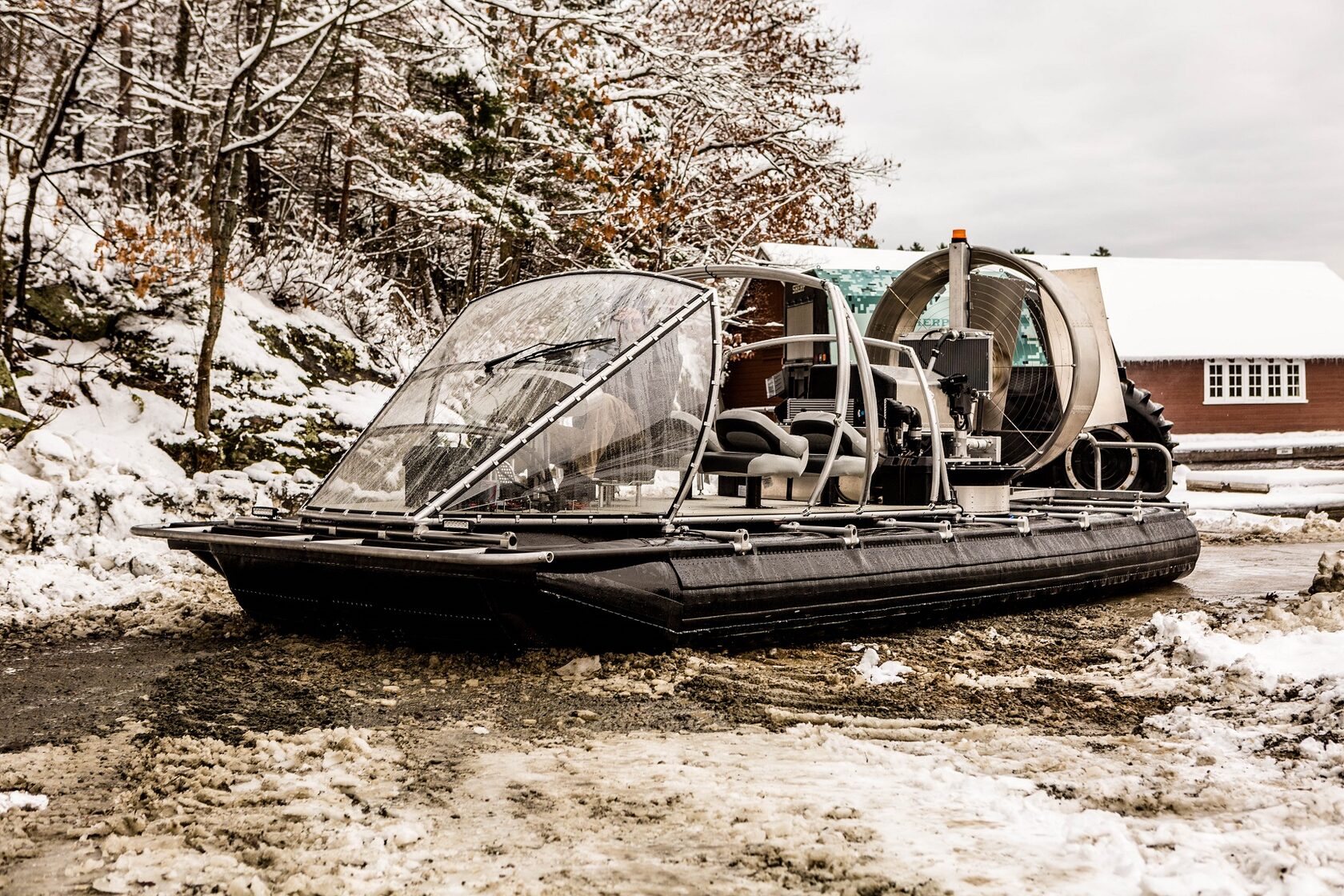 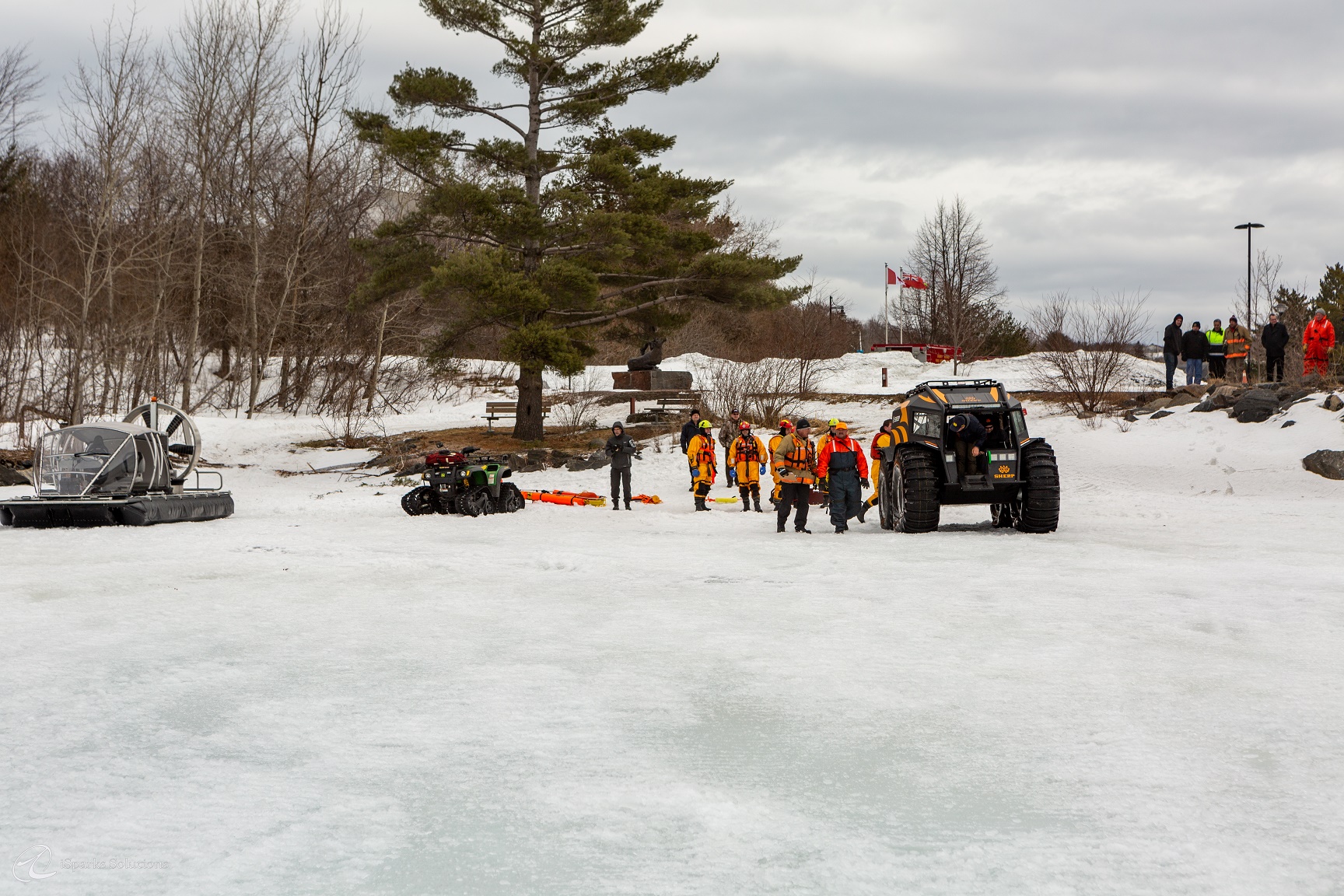 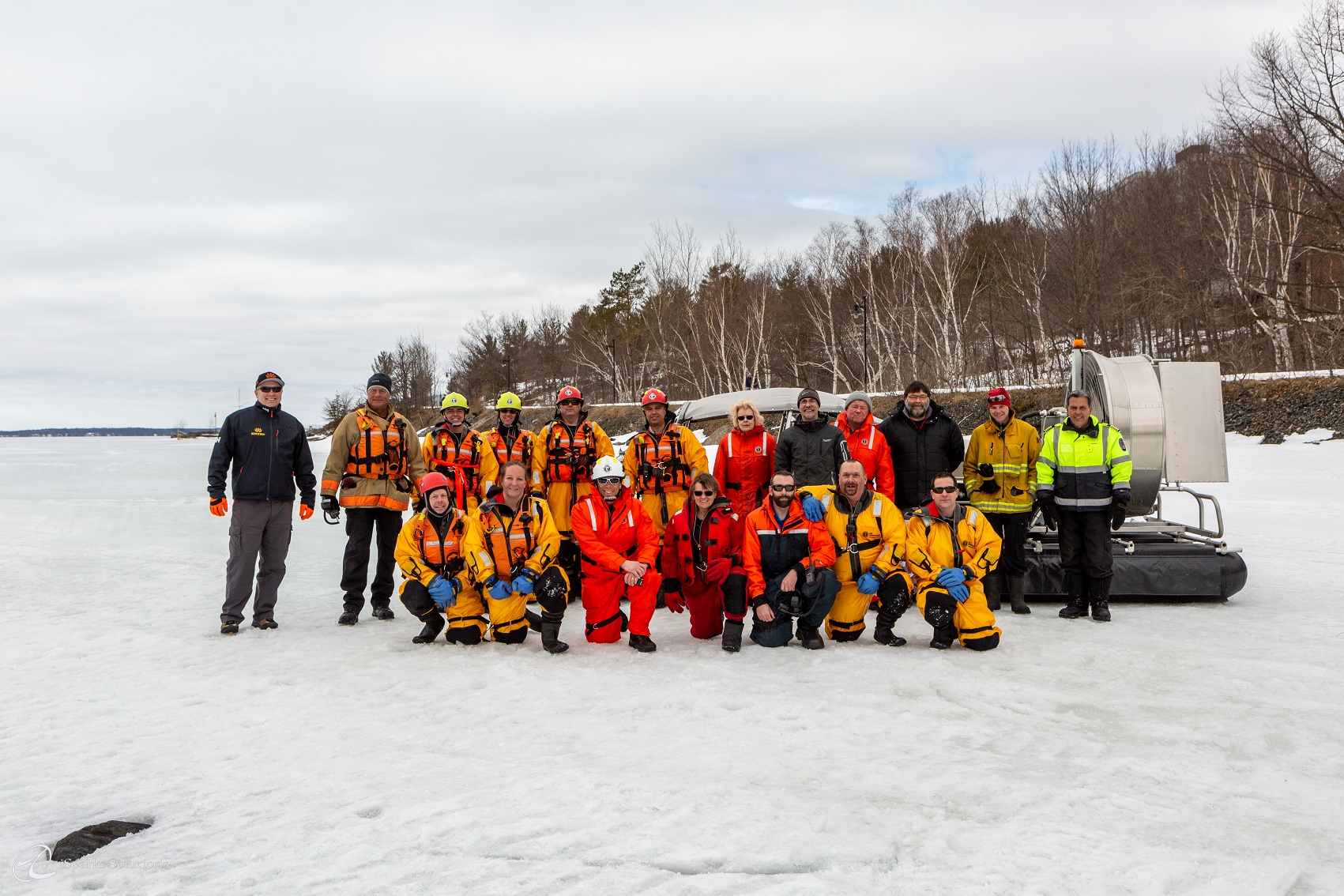 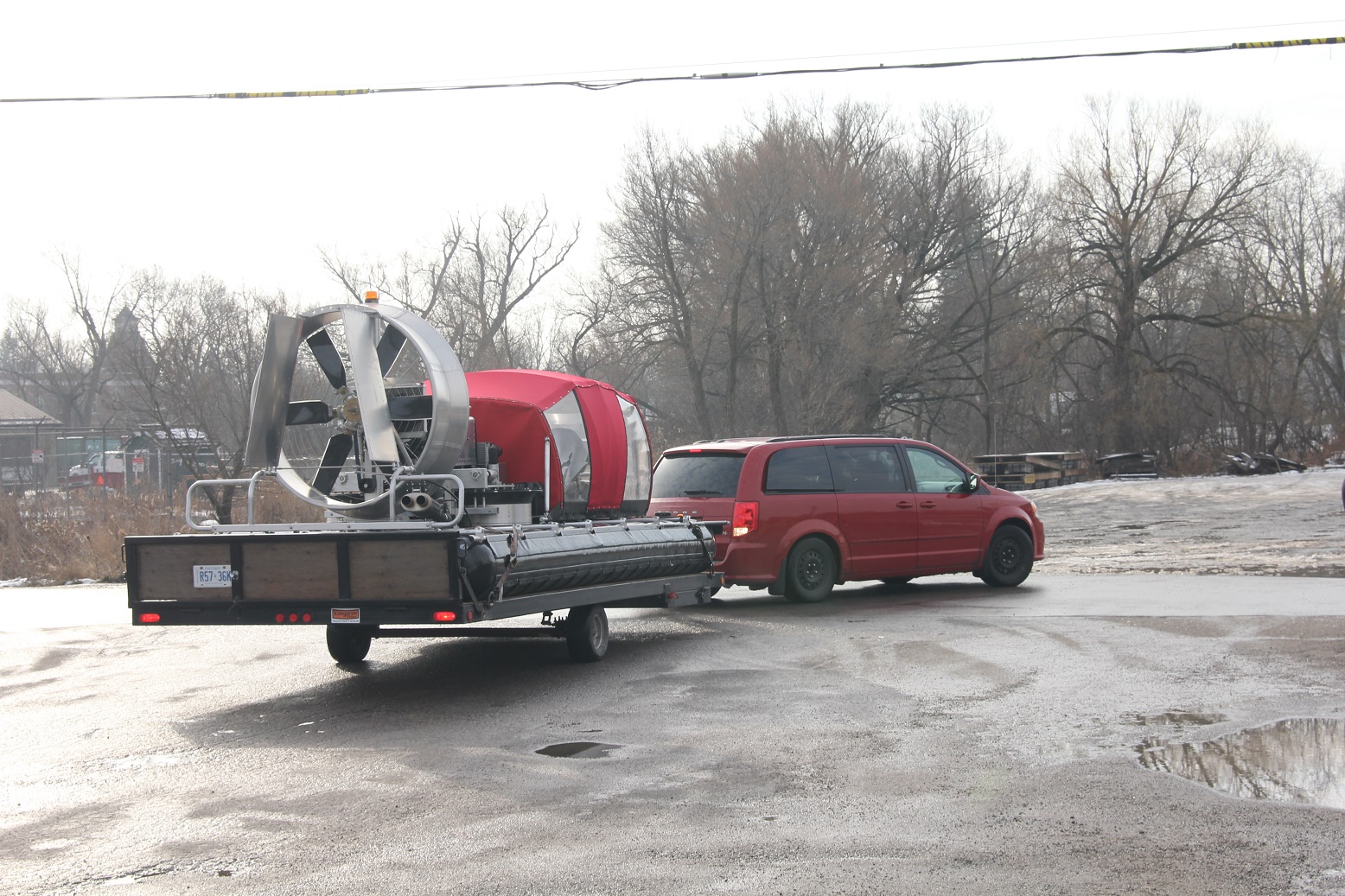 View a show model and sign up for a Test drive!